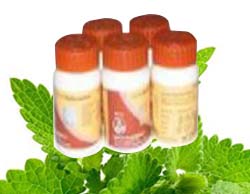 When nose becomes irritated there is an increased production of mucus. This increased mucus starts flowing from the nose. Harmful substances such as presence of dust, allergens, and other germs irritate the throat and produces cough.

Irritants and allergens present in the air when enters into the nose produces the symptoms of rhinitis. The symptoms include runny nose, sneezing and itching and watery eyes. In a few people, rhinitis appears for a short period of time and may get over on its own. In many others, it is a chronic problem and recurs again and again. It is always present.

Inflammation of the sinuses is called as sinusitis. There are many sinuses in our body. It is a hollow space. The sinuses present inside the skull are called as paranasal sinuses. They make the skull light in weight and provide resonance to our voice. The paranasal sinuses are lined with thin lining that gets inflamed and produces the symptoms of rhinitis. It may produce swelling in the nose. The mucus discharge decreases and pressure builds up in the sinuses that may cause headache.

Sinusitis is mainly caused by a viral infection. A bacterium is also sometimes responsible for producing the symptoms of sinusitis. It may also result from a blocked sinus for a very long time. When there is a blocked sinus, there may be drainage of thick mucus from the nose and back in the throat. There is obstruction and congestion of the nose, swelling may occur around the eyes, nose and cheeks. Sense of smell also decreases.

Asthma is a respiratory problem in which there is inflammation of the lungs. The attack of asthma gets triggered due to a viral or a bacterial infection. Recurrent infection may produce frequent asthma attacks. It is an autoimmune disorder. Heredity also plays an important role in producing the symptoms of asthma. There is shortness of breath due to hard coughing. There is gasping and loud rattling of the mucus in the chest. There are many natural herbs that provide quick relief from asthma and other respiratory problems. Herbs for sinusitis are also useful in preventing the recurrent infection of sinuses. Herbal supplements are safe and effective. Natural supplements for asthma boost up the immune system and prevent recurrent attacks. There are many natural herbs that help to get rid of the symptoms of asthma, rhinitis and sinusitis. The package for asthma, rhinitis and sinusitis is made up of natural herbs that are effective in preventing the attacks of respiratory infections. Important herbs found in the package are:

1. Shwasari Kwath: This is one of the best herbs for preventing recurrent respiratory infections. It helps to get rid of the symptoms of sinusitis and rhinitis. It boosts up the immune system and prevents recurrent infections.

2. Mulethi Kwath: It is a traditional herb that is believed to be a wonderful solution for respiratory problems such as sinusitis, rhinitis and asthma. It gives relief from sneezing and watering from eyes. It reduces headache and infection of the sinuses.

3. Swasari Ras: This is a natural supplement for sinusitis and asthma. It provides quick relief from the symptoms of asthma. It reduces cough and inflammation of the nose. It reduces the formation of mucus in rhinitis and gives immediate relief. It also boosts up the immune system.

4. Abhrak Bhasm: This is a natural herb for sinusitis. It may be used on a regular basis to prevent recurrent infection of the sinuses and lungs. It provides relief from recurrent cough, and sneezing. It is a very good herb for coryza and asthma. It helps to get rid of the recurrent respiratory infections.

9. Sanjivini vati: This is a wonderful and unique herb for preventing the respiratory infections. It is a natural herb for getting rid of sinusitis and rhinitis. It also prevents recurrent attacks of asthma. It provides quick relief from respiratory symptoms.

Mix medicine no 1 and2. Take one teaspoon from the mixture and boil in 400 ml of water till it reduces 100ml. take this two times in a day, after meals.

Mix medicine no 3, 4, 5, 6 and 7 and divide into 60 equal parts. Take one part in the morning and one in the evening with water or honey after the meals.

Take one-one tablet from medicine no 8 and 9, three times in a day with water after the meals.